They Were Us: Stories of Victims and Survivors of Police Brutality in Kenya

Mama Victor (Benna Buluma) lost two sons Bernard and Victor to police brutality during the 2017 Kenyan post-election violence. After realizing she was not the only one to experience such tragic losses from extrajudicial executions (EJE) by Kenyan police, she decided to start a support group, the Network of Mothers of Victims and Survivors. Its mandate is to actively document new cases of EJE across Nairobi’s settlements and offer much-needed psychosocial support to each other, in an attempt to foster a joint resilience against an oppressive system. Their activism is taken at great risk as anyone standing up against EJE is considered a threat by police. 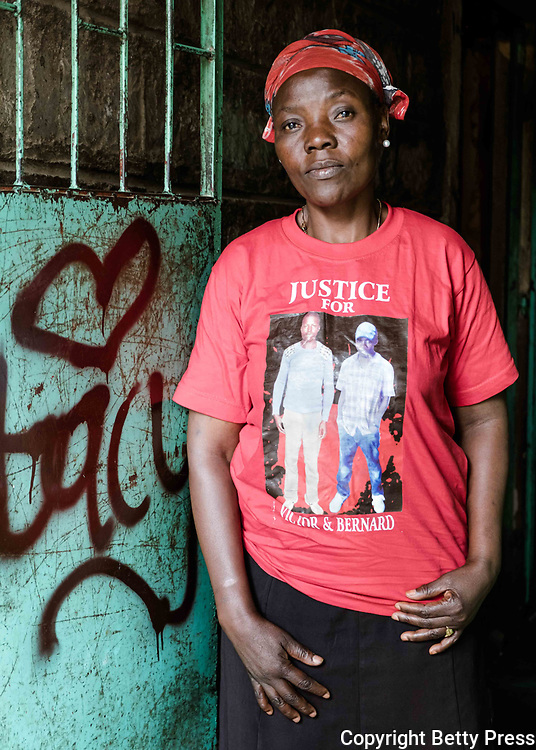